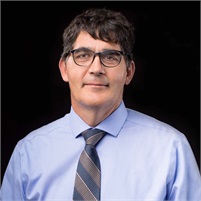 Richard Cromwick started working in the pension industry over 20 years ago. He has obtained many titles over the years including his QKA, QPA, APR, ERPA, M.A., which has given him extensive knowledge in designing the most comprehensive Defined Benefit plans. He believes in creating Pension Plans which reflect the client’s desire to maximize their returns while investing within their means.

Rich earned his B.A. at Worchester College and M.A. at The University of Arizona. In 2007, he formed a partnership with both the American Society of Pension Professionals and Actuaries (ASPPA) and the National Institute of Pension Administrators (NIPA).

Rich is married and resides in Las Vegas, Nevada with his wife and three kids.

When Rich is not working, he likes to spend his free time reading and studying multiple aspects of science. He has read over 300 books on different topics of science and has been a guest speaker at events on the topic of Creation/Evolution.